NOISIA (who took their name from the word VISION inverted on an upside down VHS tape) are Nik Roos, Thijs de Vlieger and Martijn van Sonderen, hailing from Groningen, The Netherlands. Influenced by an eclectic range of artists, from The Prodigy to James Brown, Miles Davis to Konflict, Tipper to Fatboy Slim, NOISIA make music for DJs and dance-floors that is interesting enough to cross over from the clubs to your MP3 player.

Releasing their first record in 2003 on SLR and releasing on every major drum and bass label in the following years, 2005 saw NOISIA establish their own label, Vision Recordings to put out their drum and bass productions and collaborations and retain creative control of their music. Nik designs almost all of the artwork for the releases on their labels, and the guys love the challenges and rewards that come with running a label. In 2007 they established Division Recordings, a label for electro, house, breaks and dubstep. They then went on to establish Invisible Recordings in 2010, catering for the deeper and more experimental side of drum and bass.

Over the past few years, accolades for NOISIA have included Best Tech DJ in the UK National D&B Awards in 2009 and 2010, Best Producers at the 2010 D&BArena Awards and Best Drum&Bass Artist on Beatport in both 2009 and 2010.

The guys have worked with, and remixed a number of diverse artists, with notable tracks including, ‘Alice’ by Moby, ‘Omen’ by The Prodigy, ‘E.T.’ by Katy Perry, ‘Scary Monsters and Nice Sprites’ by Skrillex, ‘Raise your Weapon’ by Deadmau5, and Hadouken!, whose entire second album ‘For The Masses’ was produced by NOISIA. They have collaborated on a number of tracks with Foreign Beggars, the most successful being ‘Contact’, which has garnered over 3 million views on YouTube and become an influential underground hit. Another NOISIA video that has been a big hit on YouTube is ‘Exodus’ which took 3 years to make and features KRS-One.

NOISIA have been Dj’ing every weekend since 2004. They have played in major cities all over the world, from Sydney to Moscow, Tokyo to Berlin, Los Angeles to Johannesburg and have DJ’ed in some of the world’s biggest clubs. They have reduced their DJ’ing commitments recently in order to focus on production.

NOISIA's music lends itself perfectly to videogames; their track ‘Groundhog’ is the hardest track to beat in the first DJ Hero, ‘Machine Gun’ and 'Seven Stitches' feature in three editions of the game WipeOut, and ‘Stigma’ and 'Yellow Brick' were picked up by Playstation to be featured on GranTurismo. They were commissioned to make 8 remixes especially for Motorstorm Apocalypse, a triple-A racing game that was released in March 2011.

2011 will see the release of a Special Edition of their successful debut album ‘Split The Atom’. The original was released in April 2010 and showcases a wide variety of styles; from electro to drum and bass to dubstep. Having signed to Jay-Z's Roc Nation publishing company, working on new videogame soundtracks and producing for a number of artists, NOISIA are expanding into exciting new areas whilst continuing to make the ‘bangers’ they are known and loved for!
Official Site: http://www.noisia.nl
For up-to-date news subscribe to the NOISIA Newsletter or follow NOISIA on Facebook and Twitter. Check out their Soundcloud for the latest audio. 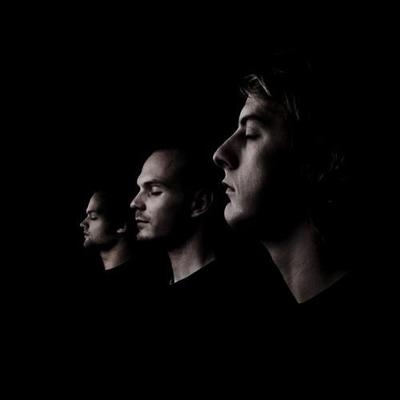