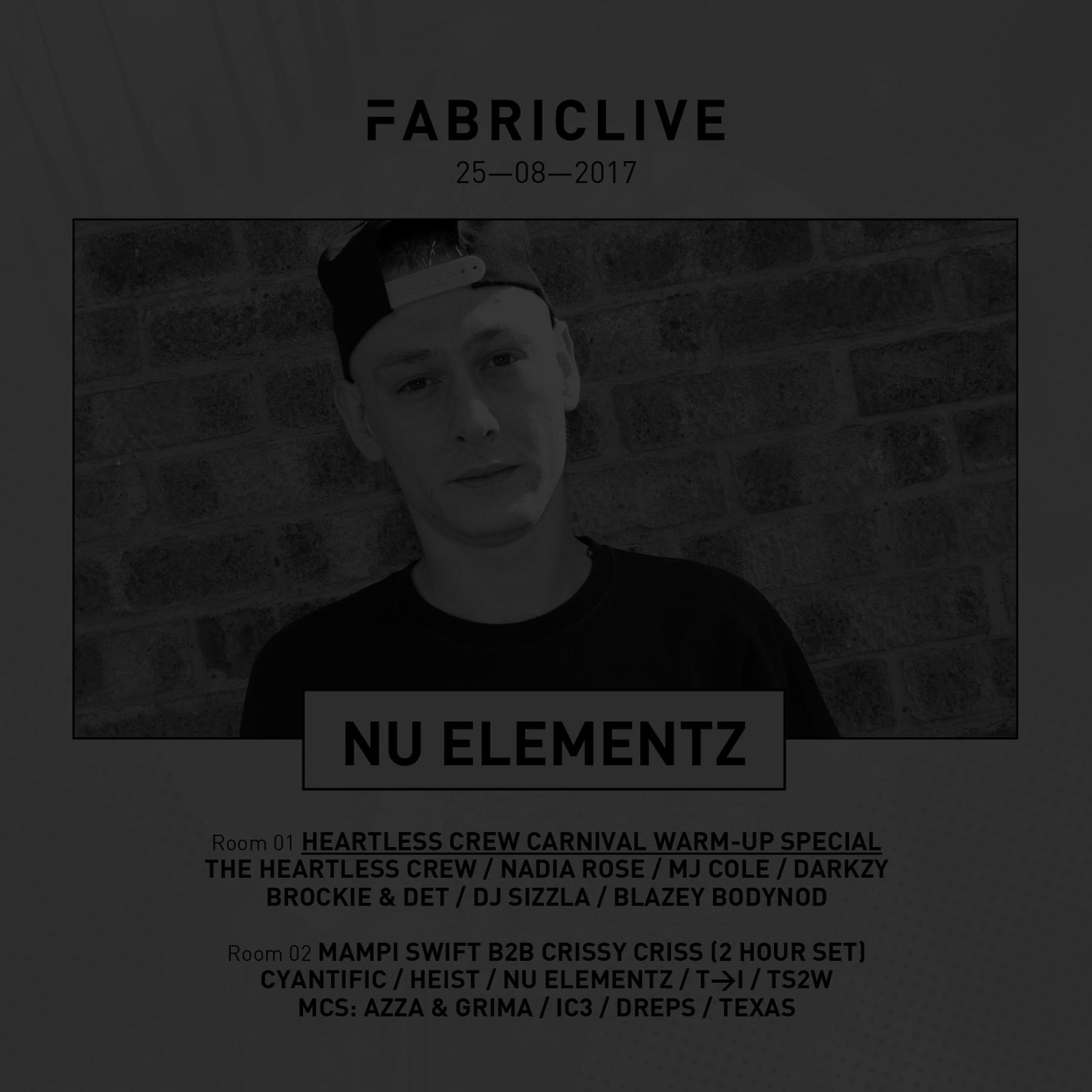 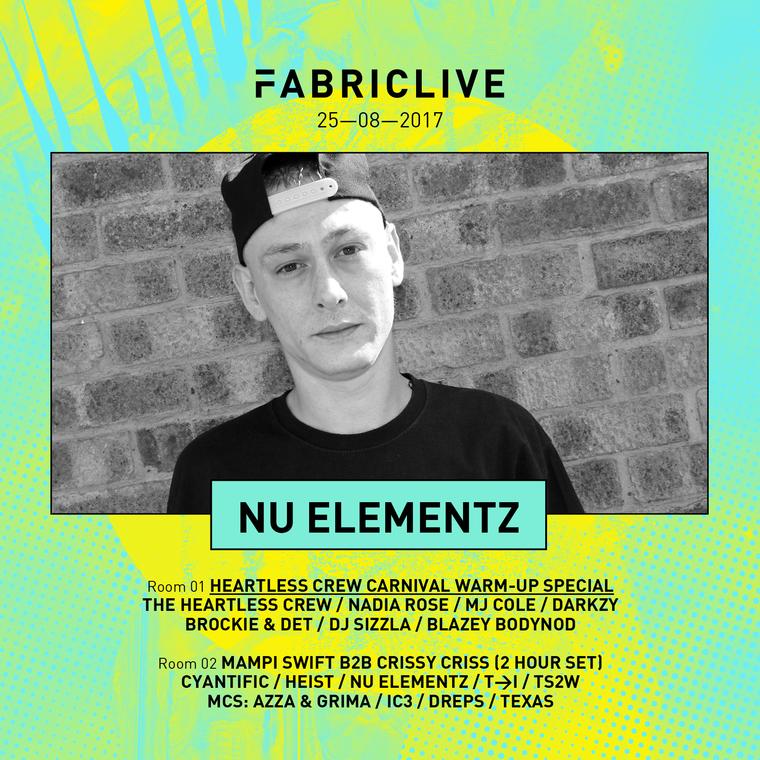 Getting the support of one of the scene’s most important players is always a helpful thing for a young producer, but for some this endorsement can be the flash point of a whole career.

UK producer Nu Elementz was still cutting his teeth in the studio when he signed to Majistrate’s Sweet Tooth label, with leading artists like Roni Size and DJ Hype getting behind his tracks from the off.

As well as Sweet Tooth his high-powered music has also appeared on landmark imprints Playaz and V, while behind the decks he’s also played at the majority of the key parties pushing the lively end of the drum & bass spectrum.

When we asked Nu Elementz to record a mix ahead of his performance at our FABRICLIVE Carnival Warm-Up Special next Friday, he got back to us with a selection of characteristically up-front cuts stripping the D&B sound to its rawest form.