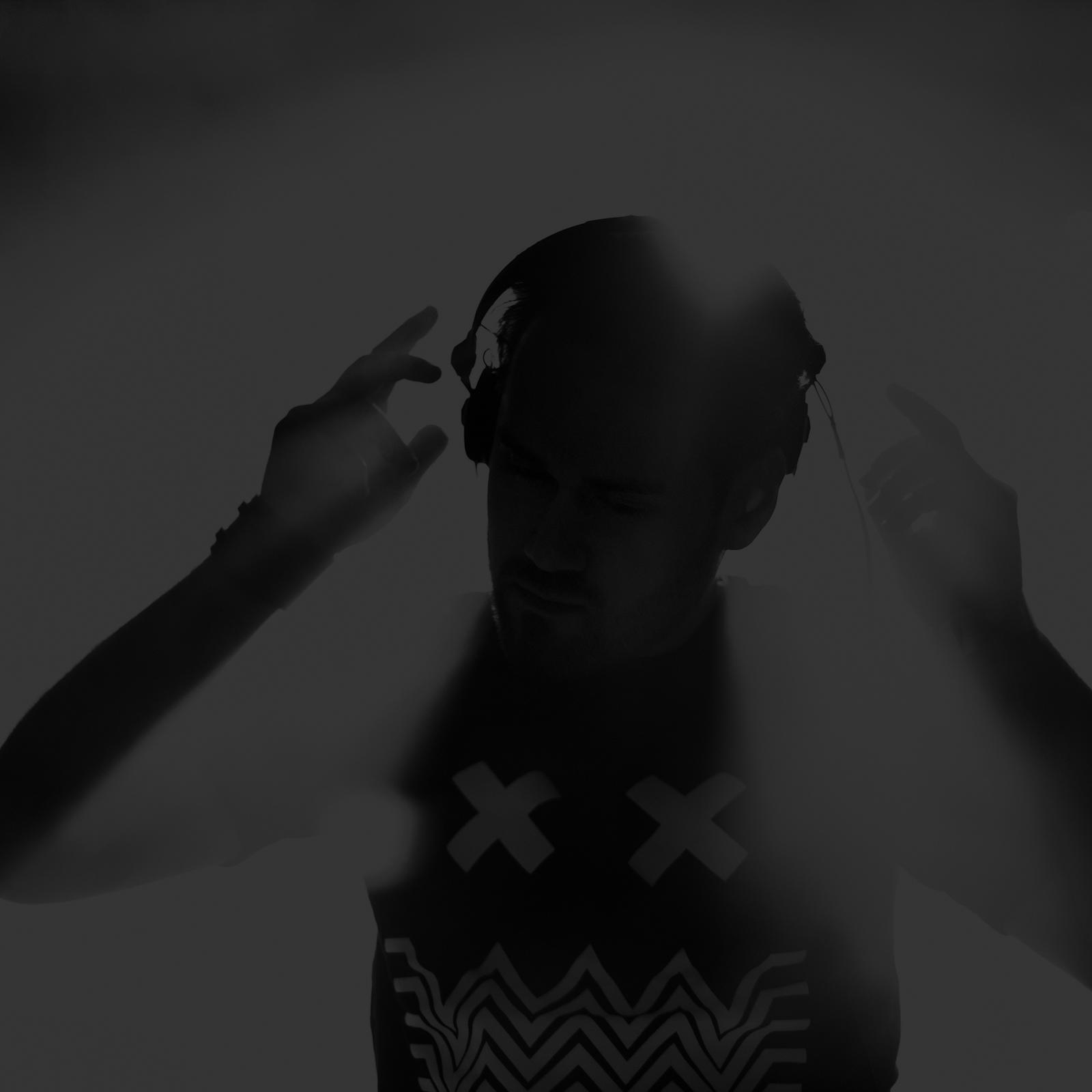 The are more than one band under the name "Jade"

1) Jade were an English folk rock band founded in 1970 by Dave Waite & Marianne Segal who had been performing as a folk duo since the mid 1960s. In the United States the group was known as Marianne Segal and Silver Jade. Jade consisted of Segal (songwriter, vocals, guitar, percussion), Waite (guitar, banjo, bass and vocals) and Rod Edwards (keyboards, bass and vocals).

2. Jade was a RnB group active during the early to mid-1990s. The group is best known for the 1993 hit, Don't Walk Away. Other hit singles include I Wanna Love You, One Woman, and Every Day Of The Week.
In 1994 the band appeared in the movie "The Inkwell".

3. Jade (an alias of Gabor Simon), alongside Chris.SU and Matt-U, is one of Hungary's most prominent Drum & Bass DJs and producers. Working primarily in the experimental/avant-garde technoid influenced neurofunk sub-genre of drum and bass, Jade is currently signed to and releases material on the Citrus record label and has also had songs featured on other prestigious drum and bass record labels including Moving Shadow Records and Black Sun Empire Recordings. Some of Jade's best known songs include the collosal collaboration with Matt-U: Got Lost, Acid Flood and Unexist of which the latter two were featured on Black Sun Empire's Endangered Species

His debut Album "Venom LP" was released in 2009 on the criticaly aclaimed dutch Citrus Label.
This LP features typical dark and deep neurofunk tracks jade's well known for, as well as some experimental and downtempo songs.

4. Jade was a female fronted heavy metal band from Canada, formed in 1982.

JADE hold the distinction of being the "1ST Female Fronted" Heavy Metal Band, (as well as being the 1ST Canadian Band) signed by Cees Wessels back in 1984, directly to ROADRRUNER RECORDS NL; having paved the way for many other artists. Lead Guitarist PAT BELROSE founded Toronto-based JADE in 1982. ROXY LYONS (1982-1984) was the original Lead Vocalist for JADE; replaced by SWEET MARIE BLACK (1985-1986), for their 2ND album. Released: IF YOU'RE MAN ENOUGH (1985) Roadrunner Records RR-9755. TEASING EYES (1984/reissue, by Maple Metal Records MMR-001 2009) JADE Toured all across Canada & USA in support of their 2 albums, but their biggest fanbase was in the Quebec metal market, & in Europe. SWEET MARIE BLACK left the band in 1987, stating irreconcilable differences & was replaced by PETE RIEKER (1987-1988) & then JAMIE LEE SAINT (1989). However, ROADRUNNER RECORDS really wanted JADE to pursue with a Female Lead Vocalist! PAT (guitarist) has since relocated to California in 1993, and has formed popular LA heavy metal act WORLD JUNGLE.

5. Jade is also a Rock / Pop / Soul artist from New York City. Her most popular track on lastfm is Take The Hit. http://www.myspace.com/jadeismusic

5. Jade also refers to a folk/rock band from England, who recorded their only album in 1970. "Fly On Strangewings" was released in 1970 in both the UK and the USA It received rave reviews and comparisons to Sandy Denny and Fairport Convention. A short tour of the USA and UK plus appearances on Disco 2 (A forerunner of The Old Grey Whistle Test) were part of Jade's short but productive life, before internal pressures split the band in the summer of 1971. Jade was one of the most popular UK folk/rock bands of the early 1970's.

Folk duo Marianne Segal and Dave Waite toured the late' 60's folk clubs of the UK with the likes of Sandy Denny, The Strawberry Hill Boys (later the Strawbs) Bert Jansch, John Renbourn, The Dransfields, John Martyn, Ralph McTell and other such luminaries of the UK folk circuit. They signed to Dick James Music and under the guidance of producer Jon Miller became Jade, with the addition of keyboardist/bassist and arranger Rod Edwards. In 1970 they recorded their sole album and singles with a the help of a glittering array of talent including Pete Sears (Les Fleur De Lys, Sam Gopal's Dream, Jefferson Starship) John Wetton (King Crimson, Family) Terry Cox (Pentangle) Jimmy Litherland (Colosseum) Michael Rosen (Eclection, Fotheringay) Clem Cattini (Rumplestiltskin The Ivy League) Pete York (Spencer Davis Group, Hardin and York) and Mick Waller (Rod Stewart). "Fly On Strangewings" was released in 1970 under in both the UK and the USA - where it was issued under the name Mariannne Segal and Silver Jade.

It received rave reviews and comparisons to Sandy Denny and Fairport Convention. A short tour of the USA and UK plus appearances on Disco 2 (A forerunner of The Old Grey Whistle Test) were part of Jade's short but productive life, before internal pressures split the band in the summer of 1971. Now over 30 years later Jade's sole album is regarded as one of the best albums of the '70's UK folk rock movement. Unknown by many collectors it ranks along with The Trees' "On The Shore" and Mellow Candle's "Swaddling Songs" as one of the great underground albums of the era.
Poorly promoted and tragically underexposed original UK copies of the album now sell for hundreds of pounds. Tight electric guitar work harpsichord and violin are blended with breathtaking string arrangements and soaring male/female vocal harmonies. A beautiful production encapsulates the bands vision of a rustic folk/rock idyll wherein the American West Coast hippy dream is enshrined in a pop vision of Constable's Olde England.

"Fly On Strange Wings" was Melody Makers album of the month when released in 1970. 30 years later it appeared in the UK's Mojo Magazine as one of the top ten UK folk rock albums of the '70's along with Fairport Convention's "Leige and Leaf". Now at last it is widely available to be afforded the classic status it deserves.

6. Jade is also the name of a Chinese girl group. The best known song of them is Finally.

7. Jade also refers to the popular artist who heads the J-group Sweetbox. She has performed songs for the english version of Final Fantasy X-2, and has released such songs as "Everytime"; "Sorry"; and "Waterfall" among a host of other solo works. In 2005, she released a compilation of some of her best known works.

8. Jade is also a recording name of Peter Martin (also releasing as Anthanasia). Jade has been used on mix albums such as Painting on Silence and Sander Kleinenberg's Nu Breed.

9. DJ Jade - Affectionately known through the Sydney rave scene as the Queen of Morning Anthems, Jade's popularity has remained untouched since the day she spun the final tracks to end what is probably the most legendary Sydney rave of all time - Field of Dreams 4. Her quintessential anthems mixtape, The Liquid anthems, is undoubtedly the most sought after mixtape in Sydney - with people still desperately hunting down copies more than 10 years after its release!

11. Jade is also the name of one of the Bratz dolls, and appears as an artist on the Bratz albums: Bratz Rock Angelz, Bratz Genie Magic, Bratz Forever Diamondz, Bratz Fashion Pixiez.

12. Jade is also a psychedelia band from Ohio, USA, who released an album called "Faces of Jade" in 1968

14. Jade is also a 'Emo/Alternative/Rock' band from the East of England. http://www.myspace.com/jadeband

15. Jade is also a unsigned band from New Jersey http://www.myspace.com/jadetheband or www.jadetheband.com

17.Jade is also an experimental/pop rock artist from Tacoma, Washington
Check out his ep on bandcamp: http://jademusic.bandcamp.com/album/jade-ep

18. Jade is also a Belgian dance project of Danny Corten (better known as Danny-C) & Edmée Daenen (known as singer of D.H.T.). They only made the single "Fantasy" which had a small succes in Belgium. 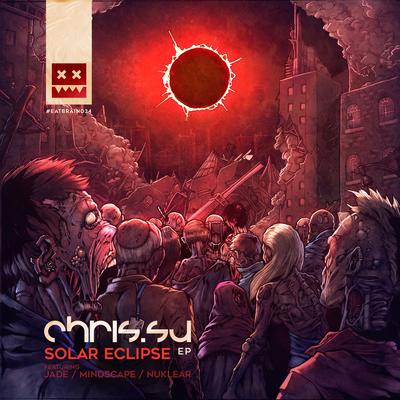 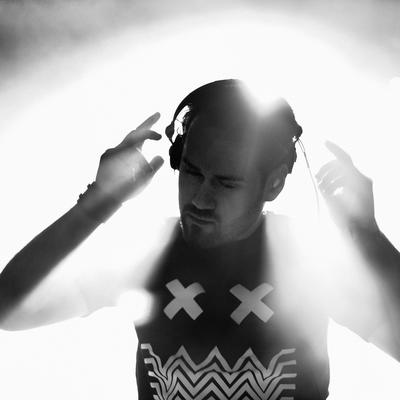